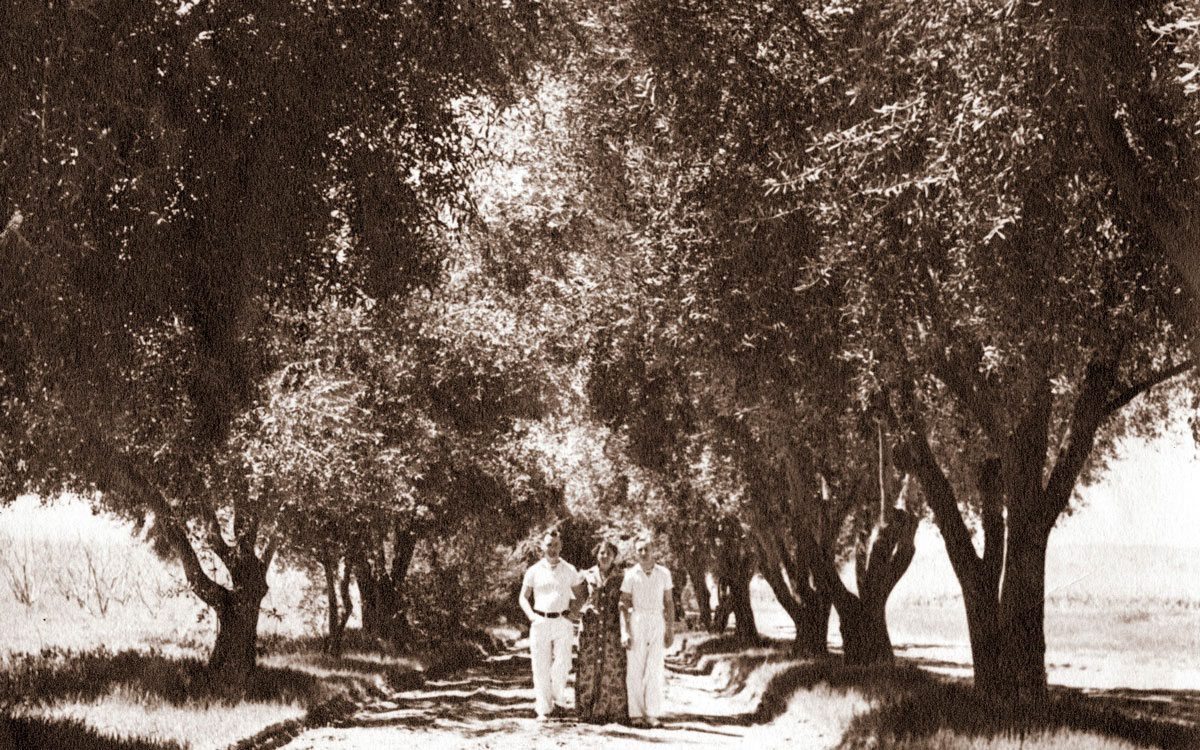 In the early 1800s, the area surrounding Highland Springs Ranch & Inn was known as the San Gorgonio Rancho, an outpost for the San Gabriel Mission. A large portion of the area was a Spanish Land Grant made to a man by the name of Paulino Weaver.  In 1853, Weaver sold some of his land to Dr. Isaac William Smith, who was struck by the land's natural beauty while looking for stray cattle. Dr. Smith purchased a 1,000 acres for $1,000 from Weaver and established Smith Ranch.  The original Smith residence stood near where the swimming pool is today. In 1862, Smith's ranch was dubbed "Smith Station" and was made a stagecoach stop.  In 1865, a young Wyatt Earp drove the route from San Bernardino to La Paz, Arizona on which Smith Station was a popular stop.       According to local legend, on October 29th, 1862, a stage coach transporting money locked in an express box, stopped at Highland Springs Ranch & Inn for the night.  When everyone awoke the next morning, the box and the money were gone.  The two stagecoach hands looked around for someone suspicious, and decided one of the ranch hands named Gordon was the most likely culprit.  They grabbed Gordon and took him up Smith Creek Canyon, and tried to force a confession by digging his own grave.  Try as they might, Gordon would not confess.  Instead, Gordon drew a knife, killed one of the stagecoach hands and ran.  The other stagecoach hand got in the way and was also stabbed fatally. Ultimately, Gordon was found innocent of the stage coach robbery.      From 1864 to 1866, the route through Highland Springs along the Bradshaw Trail was the single connecting line for passenger, mail and the express travel between Southern California and the eastern regions of the nation.  Smith's Station slowly developed into a hotel bustling with traffic.  In 1884, the Smith property was purchased by a Los Angeles company that built a three-story hotel on the property called Highland Home.  The first cherry trees in the area were planted here, contributing to the name that it is still known by today - Cherry Valley.       In 1927, Fred and William Hirsch bought the old Smith place, renamed it Highland Springs Resort, and developed it into a health resort.  Fred Hirsch himself was made healthy through following the philosophy of Professor Arnold Ehret, who was an early proponent of juice fasting and colon cleansing. The restaurant on the resort was vegetarian and Hirsch grew a lot of the produce served at the restaurant on the property.  He also grew his own grapes and operated a small vineyard. The resort became known as 'The Last Resort" as many sick people who were not able to get well with traditional methods, were able to recover through Hirsch's health practices while staying at the resort.      Dr. Albert Einstein was a regular guest at Highland Springs Ranch in the 1930s. He was known to be close friends with the Hirsch family and during his visits to Caltech he would always visit the ranch in his personal time. Other notable historical figures that were fans of the ranch included Bob Hope, Elizabeth Taylor, Ernest Hemingway and Roy Rogers.      In 1948, the Rosin Brothers bought the ranch and developed it into a Catskills of the West for Jewish Families. Families would come year after year and enjoy music, entertainment, dancing, horseback riding, swimming, tennis and a variety of outdoor activities. We frequently meet visitors who recall cherished memories of childhood summers spent exploring all the hidden treasures of Highland Springs Resort (Ranch).       The original Highland Home Hotel, a three-story Victorian house built in 1884, burned to the ground in 1970.  Rather than rebuilding it on the same site, a more modern building was constructed. In 2009, this main lobby building and the majority of the guest rooms were renovated with the aim of preserving the historic character and charm of the property. Many antiques have been used to decorate the interior and photos of the property have been put up in the rooms. Old barns and carriage houses have kept their historic exterior, but were transformed into warm and modern conference rooms on the inside.      One of the goals of the ranch is to preserve and maintain the history of the property as well as the natural habitat of the wildlife that resides here. The ranch has an organic farm and a science camp for kids. As part of this preservation effort, we attempt to peacefully coexist with all the wildlife on the property, and do not artificially control the population of rabbits, squirrels, deer or gophers. This has led to numerous challenges for our farm, but has allowed nature to maintain a certain balance. Our oldest Resident is an 1,100 year old coastal live oak tree that has stood watch long before anyone set foot on the property. Even today, the ranch has not lost the charms that have made it a destination for over a hundred years. It is our hope that the sprawling olive groves, fields of fragrant lavender, and towering trees will be around for a long time to come.

Thank you! Your submission has been received!
Oops! Something went wrong while submitting the form.
© 2022 Highland Springs Ranch and Inn. All rights reserved